WE REMEMBER AND GIVE THANKS 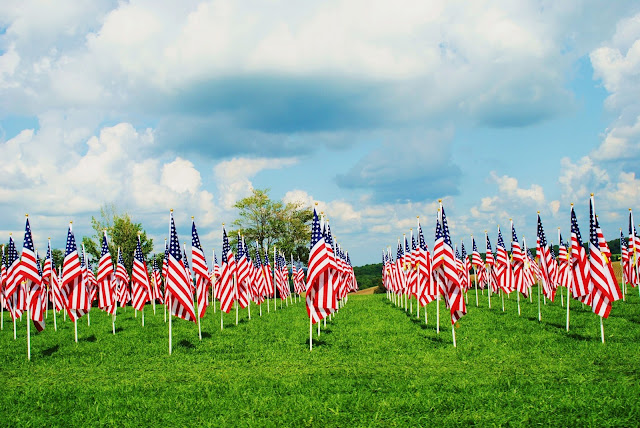 NEVER FORGET....WE OWE OUR FREEDOM TO THE ONES WHO GAVE UP THEIR
LIVES AND THE ONES WHO WERE WOUNDED FOR THIS GREAT COUNTRY!!

Memorial Day is a day of remembrance for those who have fallen during service to our country. As we commemorate the soldiers we have lost, as well as wounded soldiers, bereaved families, orphans and widows, let’s not forget the meaning and traditions behind this sacred holiday.
Memorial Day was originally called Decoration Day, as its purpose was to visit cemeteries and place flowers on the graves of soldiers who had died in the Civil War. In 1882, people started calling it “Memorial Day,” and by the time World Wars I and II had ended, it had evolved into a day to honor all fallen military men and women, no matter what war they fought in.

Very pretty sight, but yet depressing. A very nice photo of the flags.

there is something so moving about seeing all the flags displayed. thank you.