This is True...I totaly agree

What has happened at Sandy Hook Elementary...something has got to change in this Country!!!
I stopped watching the news...its so emotional and they repeat the same thing over n over n over! There is so much goodness in th world...why does the media focus on the evil!!!

"You want to know why. This may sound cynical, but here's why.

It's because of the way the media reports it. Flip on the news and watch how we treat the Batman theater shooter and the Oregon mall shooter like celebrities. Dylan Klebold and Eric Harris are household names, but do you know the name of a single *victim* of Columbine? Disturbed
people who would otherwise just off themselves in their basements see the news and want to top it by doing something worse, and going out in a memorable way. Why a grade school? Why children? Because he'll be remembered as a horrible monster, instead of a sad nobody.

CNN's article says that if the body count "holds up", this will rank as the second deadliest shooting behind Virginia Tech, as if statistics somehow make one shooting worse than another. Then they post a video interview of third-graders for all the details of what they saw and heard while the shootings were happening. Fox News has plastered the killer's face on all their reports for hours. Any articles or news stories yet that focus on the victims and ignore the killer's identity? None that I've seen yet. Because they don't sell. So congratulations, sensationalist media, you've just lit the fire for someone to top this and knock off a day care center or a maternity ward next. 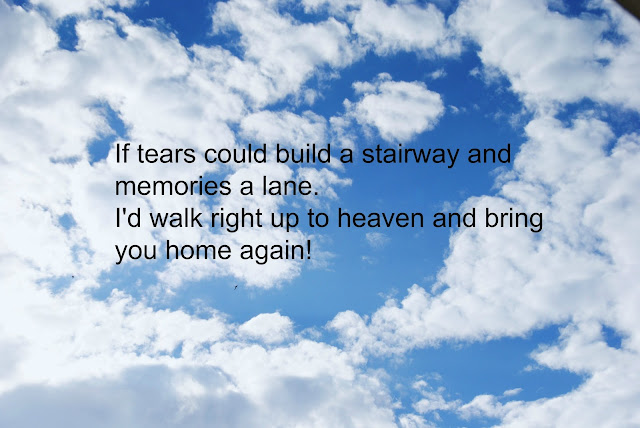 * Update  on this article...evidentley Morgan Freeman did not make this comment!! Ok..who ever made it...makes a lot of sense to me.  We do need to know what is going on in this world.. .the media has too much power n it does invade the innocent victims privacy.

A lot of damage was done in our country when we "deinstitutionalized" back in the 1980's. You are so right that we need to help these people, not glorify them.

Amen to turning off the news - I've had PBS on all day today, and have enjoyed every minute of it!

I read Morgan Freeman's post on FB. Pretty much sums up how I feel.

I agree. My husband talks about when he was a kid, during hunting season every high school kid had a gun in their vehicle. School shootings didn't become the norm until 24/7 news shows. What happened to Dan Rather and the evening news? Now it is glam and they are just saying the same thing over and over.

I just told my mom last night the same thing. Turn off the tv. Stop watching the news. I hardly EVER watch the news. I hardly ever watch tv. I told my mom to come into blogland and get to know some of these wonderful women who are out here posting and her faith in humanity would be restored. There is so much good in the world.

When the theater shooting in Colorado happened, I looked up mass murders in the United States on the internet because my mom was going on so about what a horrible world it is now. I thought about the Manson murders in the 60's, so I wondered if it all started then....no. 1927, the Bath House "disaster" was when 38 grade school children and 6 adults were killed by one man and his car filled with shrapnel and dynamite. He didn't need a gun. He killed his wife before he went to the school. No, evil is not new. It's just mass advertised now.

I had to turn off the news because it was getting depressing the way they just go on and on and on repeating the same things. I sure hope Morgan Freeman is wrong about the media setting the stage for something even worse...

I agree with the part about not giving all the power to the people who do such monstrous things. We should not be making evil sound glamorous.

However, ignoring what's going on the world is not the best policy. We do need to know. We need to know so we can make informed decisions, but we don't have to have play-by-play, hour-by-hour (or minute-by-minute) coverage. Just my thought. ;)

I whole heatedly agree.
The news gets more so called facts wrong.. than they get right!

Hate to spoil the media bashing party here but the Morgan Freeman alleged comments are a total hoax.

Well whoever said it, makes sense. There really are some sick people in this world today.

so true, tahnsk for posting it. :)

It's true, the mass media loves horror stories. Just think what they would have had to report on in the Medieval days, countless reports of Barbarians murdering, burning and looting innocent villagers, the Black Plague, the burning of "heretics", etc. etc. People really haven't changed much throughout the ages, well, maybe we have become a little more civilized, maybe not.

I am truly glad to glance at this weblog posts which
includes plenty of valuable data, thanks for providing such
information.

Take a look at my homepage ... lazuli
My website - paltry

Hey there! Do you know if they make any plugins to safeguard against hackers?

I'm kinda paranoid about losing everything I've worked hard on.
Any suggestions?

Here is my web blog; http://www.artmindz.com/

Greetings from California! I'm bored at work so I decided to check out your site on my iphone during lunch break. I love the information you provide here and can't wait
to take a look when I get home. I'm amazed at how quick your blog loaded on my cell phone .. I'm
not even using WIFI, just 3G .. Anyways, good site!